Iflix is a subscription video-on-demand (VoD) service focused on emerging markets. Its global headquarters are in Kuala Lumpur, Malaysia and they are present in 25 countries today with 150 content partnerships and dozens of telco partnerships. They self-funded via their own fund, Catcha Group for $30 million. They recorded 200,000 subscribers by Nov 2015. Today, they have raised more than US$300 million with 5 million subscribers (at April 2017). Since then, they have pivoted their strategies a few times - so let's do a breakdown of their business model!

When Iflix started in 2015, they acquired customers the usual way - billboards, partnerships, advertisements, and so on. Obviously, that did not work out very well, as people were already used to alternative services like Astro, and other internet-based services. It did give them a boost in their branding, though. Free video streaming was given out via telcos and other internet providers.

They have always focused on local content, with selected Hollywood or western content. They also focus on providing all these at a low cost, payable via your phone bills or directly.

Iflix vs Netflix vs Astro vs Others Today

Summarising this blog post from klgadgetguy.com, Netflix beats Iflix's in western content but Iflix beats Netflix in regional content - but Iflix does lack new western content at the moment. Iflix also censors content, lacks subtitles, and lacks High Definition content. I believe Iflix will improve this over time, as the content does cost a lot to create and distribute.

As for Astro - they still lead in sports content but definitely lose out in practicality with the modern target audience.

But hang on! There are direct competitors today, albeit not being as well-known as Iflix. Viu charges about the same, and has a much larger user base (12 million) and fundraised a lot less money in order to do so (. Also, they managed to do so in 12 countries, about half of what Iflix has.

Viu charges about the same, and has a much larger user base (12 million) and fundraised a lot less money in order to do so (although it is hard to find how much PCCW, their mother company, actually pumped in). Also, they managed to do so in 12 countries, about half of what Iflix has.

How does Iflix make money?

Recently the CEO said that Iflix's business model was superficial. And that they should move towards advertising for revenues. Well, this is another lesson learnt that Western models do not fit 100% to the rest of the world!

At the time of writing this, they now have a free tier with premium content. Including original films (yes, like Netflix). That announcement was shortly after they've closed their Singapore hub and moved to Kuala Lumpur.

More information on how they make money below.

In this article, the Iflix CEO said that their business model does not compete with Netflix and that they focus on replacing the DVD market in emerging markets over smartphones. What a peculiar strategy!

It does, however, bring up a good question. What percentage of the internet streaming population actually wants to stream local content?

We don’t really see them as a competitor, but if you compare us, I think we are massively ahead of them in all of our markets in terms of users, paying subscribers and in terms of content. We take a hyper-local approach, and they take a very Western approach. For instance, if you go to Netflix Indonesia, it is exactly the same as Netflix Sri Lanka. When you go to Iflix Indonesia and Iflix Sri Lanka, they are very different, because they are very, very local. Iflix Indonesia has 50 percent Indonesian content, whereas Iflix Sri Lanka has a large percentage of local and regional content, while Netflix really is predominantly English content.

Given the majority of cinemas in the region play Hollywood movies in their main halls signal that not enough people watch local content. This is probably because of the smaller market size (Hollywood is almost global), awareness, quality, and hype. So, I am not sure that this is a definite winning strategy to bet millions on. Perhaps they have data that I do not have that says otherwise.

Upon closer inspection, Iflix has free content and "VIP" content. For the Iflix VIP content, they require you to pay via subscription monthly (RM10/mo) or yearly (RM8/mo), paid via your phone bill or credit card.

Do keep in mind though, Iflix price changes when they have promotions. Iflix subscription was RM5/mo at one point, or even RM30 for 12 months. Their marketing team is quite aggressive and have the flexibility to offer huge discounts. Even free access for a few months for new accounts (which can be easily abused, by the way).

While they claim to have 5 million subscribers, do note that some may not be subscribing at all. They are known to subscribe customers on their behalves via their mobile carrier accounts where Iflix gives out free accounts.

Iflix said it had five million registered users back in March, but it isn’t giving an update on that this time around. It instead hailed “tremendous growth” which it said includes a 3X increase in subscriber numbers and 2X rise in user engagement over the past year. Revenue, it said, is up 230 percent year-on-year, but it is keeping quiet on raw figures.

Having 3X increase in subscribers and 2.3X revenue growth basically signals to investors that there are some customers that are getting free accounts. This is usually done as trials to try and entice potential paying customers to subscribe.

In any case, let's look at the revenue model itself.

If 30% of the 5m subscribers (which is a very high figure among Startups) pay for their services, their revenues would be RM15m a year at full price. If they doubled to 10m subscribers at full price, they should be making RM100m. It's probably safe to assume they're currently at RM15-100m revenues (or US$3-25m revenues). Not great for a company that raised $300M, but that will do for now since they have a longer-term picture to play out. Time will tell.

Alongside pre-roll ads, brands will also be offered product placement options within local and regional content, plus in-app ads.

Basically, Iflix is now aiming to diversify their risk of small revenues by running multiple types of ads. Let's do some calculations to estimate how much they could be making!

Their previous investment was $90m at $500M valuation. Their latest fundraise of $133m is unknown, but let me take a stab at it because $133m is an odd figure to raise. It basically signals a multiple of 3. It could be 33% equity given away to match $400m valuation or it could be 16% which would be very favourable to them at $800m. Both figures are near the typical 15-30% equity given out at late stages. Take your pick.

Netflix & the future of Iflix

Netflix's enormous spending on original content has led the streaming video platform to accrue $20.54 billion "in long-term debt and obligations," according to a report in the Los Angeles Times.

The company is expected to spend $6 billion on original content this year, with an undetermined budget spent on licensing fees for programs from TV studios. Its net cash outflow will increase this year to $2.5 billion, up from $1.7 billion, and the company expects “to be free-cash-flow negative for many years."

I am not sure what to make of this. Netflix is a 20-year-old company. With 20b in debt and 2.5b in negative cash flow, and that expectation that they will not make money for a long time makes me wonder. When should they start making money then?

Let's look at the picture from another angle. They have raised 3.1B (see what to do when competitors have raised way more than you have), and their latest revenues in 2017 is reported to be 11.7b.

The good news for them, is that people do not only watch new movies, so old movies can still make them money. As their subscriber base is retained longer, the revenues keep pouring in as well.

If they were to stop making content for a year, they could probably immediately make a profit given the costs of producing content

Netflix will spend between $7 billion and $8 billion on content in 2018, up from the roughly $6 billion it will spend this year

Their operational costs are about 14b and revenues are 11.7b. The profit they could be making is 4.7b if they suddenly stopped producing content. That's 40% margins. They could just be capping it at 20% profit margins while still producing content. Instead, they choose to have negative cash flows just to grow faster.

So comparing Netflix & Iflix , we can see that there are some viable strategies to make this business model work. Many models or strategies that should be scrapped as well. 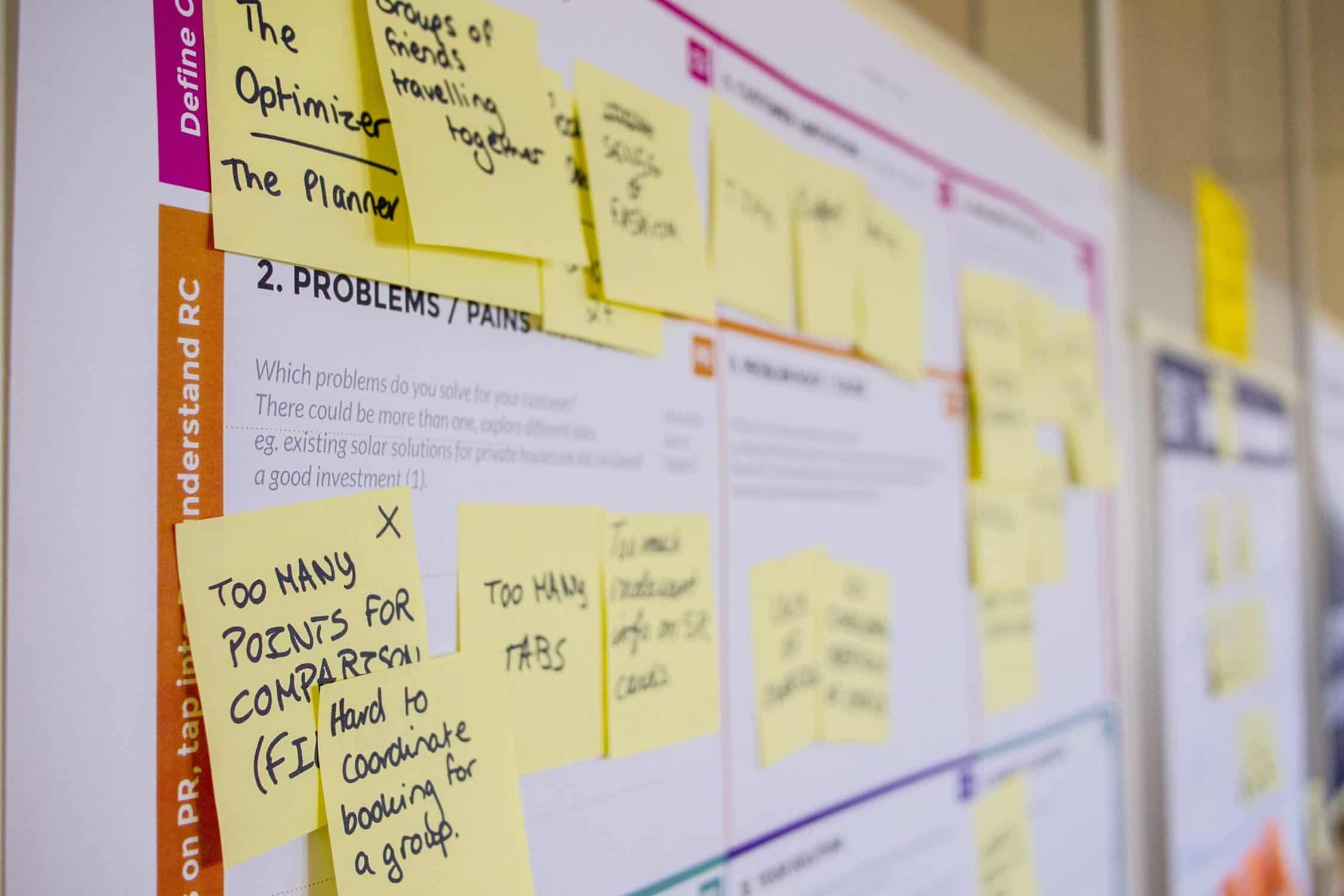 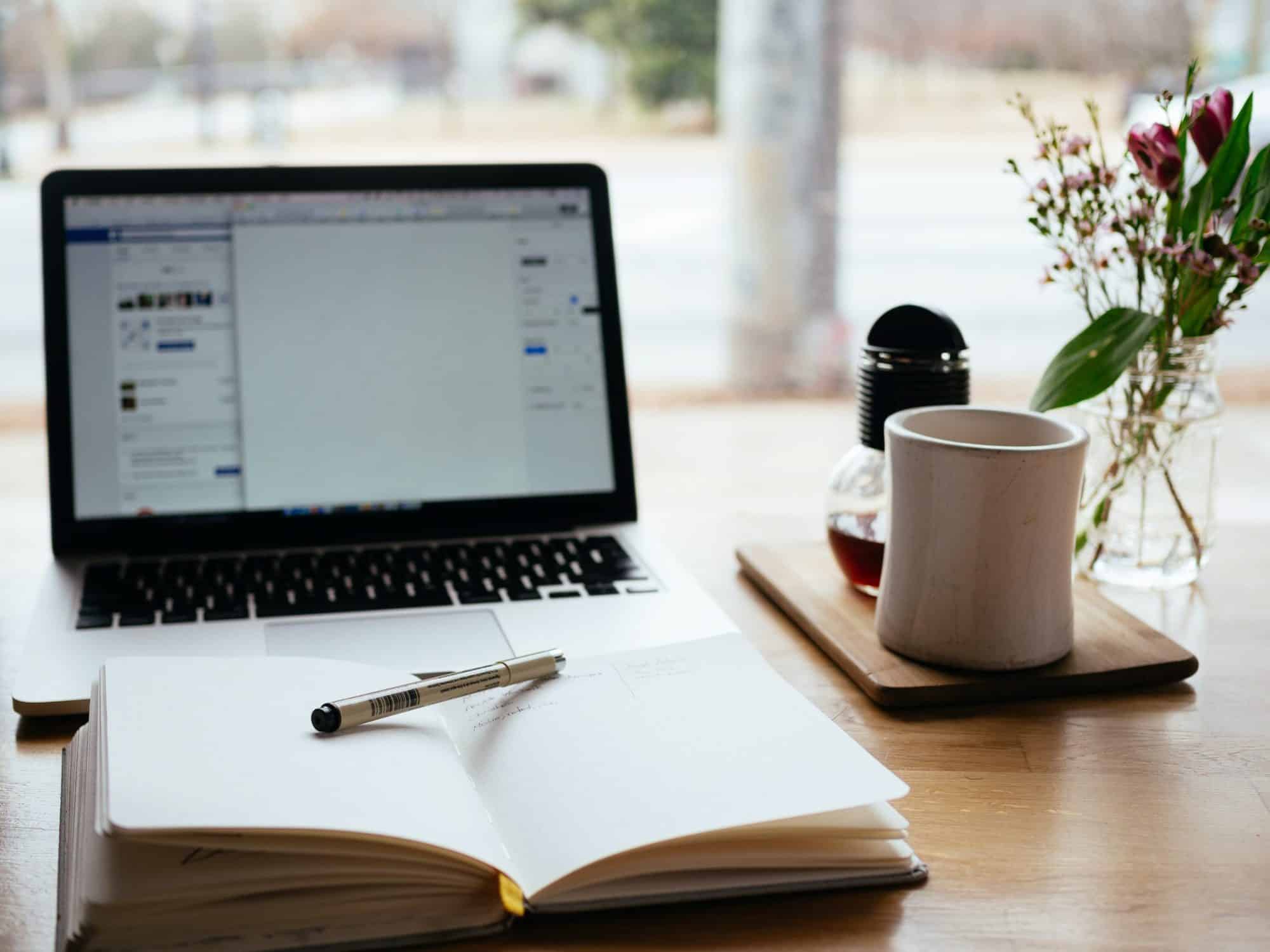 Ultimate Guide To What Is A Business Plan Read More 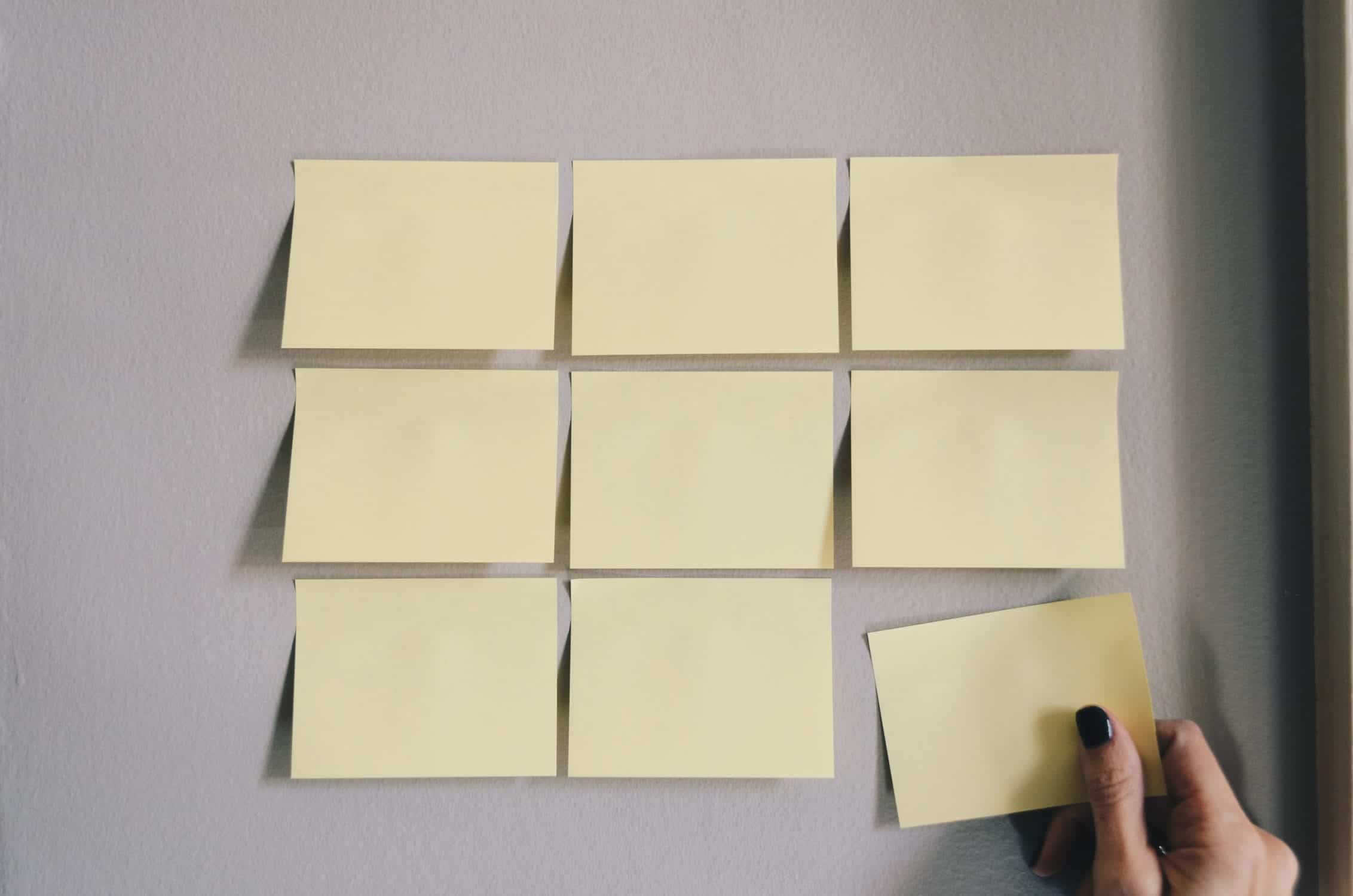 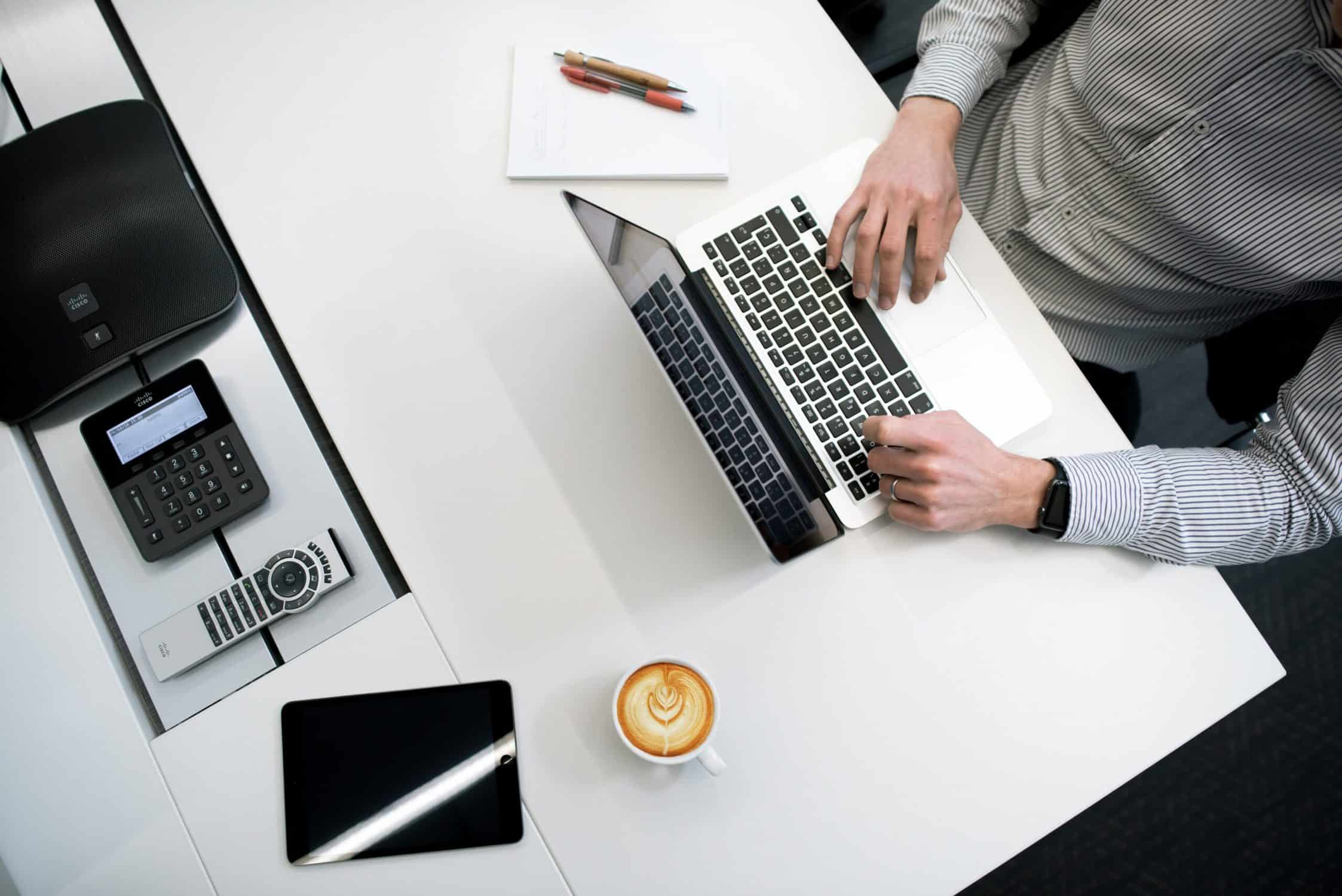 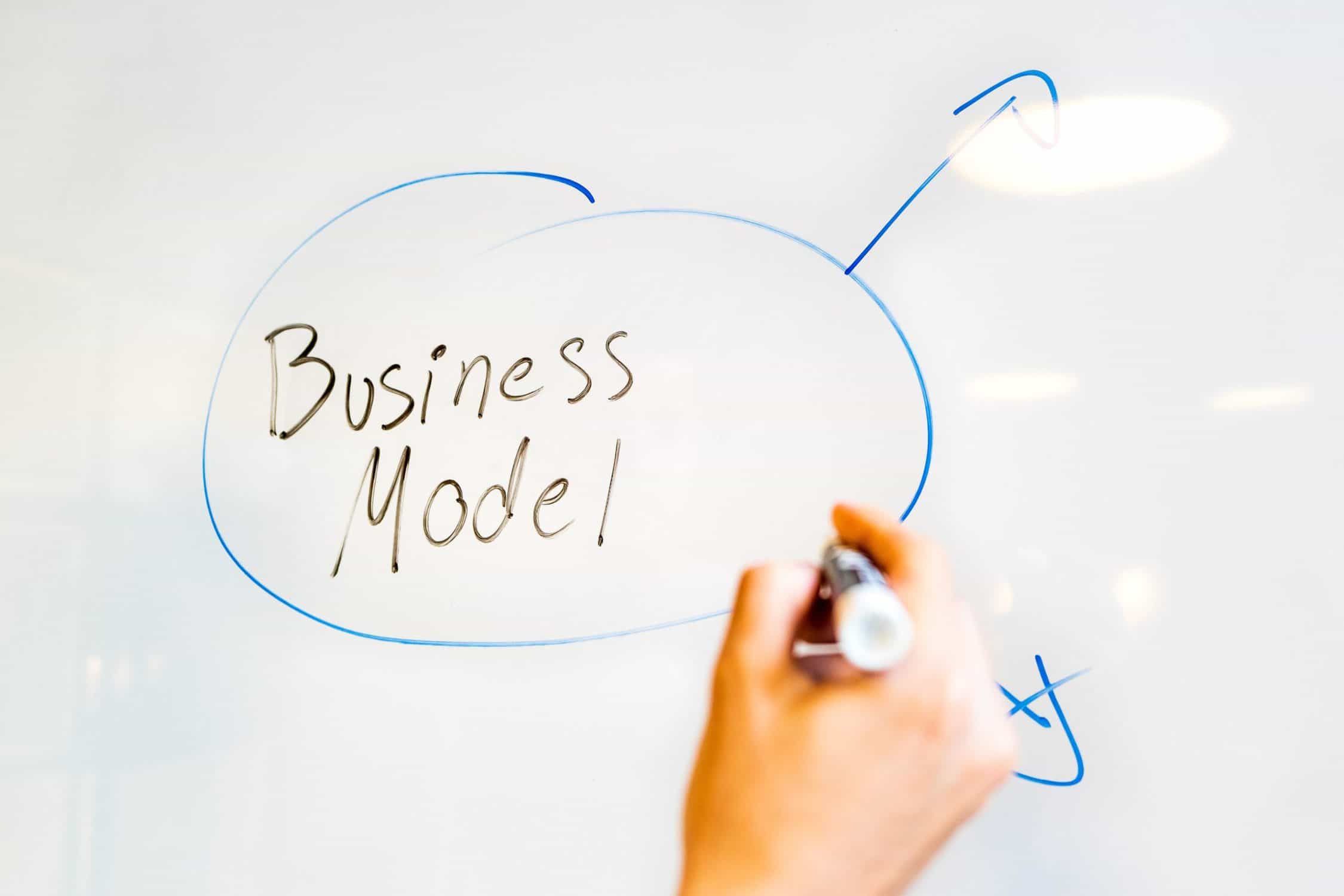