All 39 Growth Hacks are not in this single post.

Without viral growth, it’s unlikely you’ll ever find a sustainable business model. Paying for every customer with a full marketing dollar just isn’t realistic. You need to build shareability into the very fabric of business model. Unless you plan on promising your first-born to Google Adwords.

Shareability means different things for different products. But whether you’re trying to improve your Referral metric for an iOS game or a B2B SaaS app, a simple rule applies: people won’t share a crap product.

You need to sort product/market fit first. Make sure your landing pages can successfully acquire signups at a good conversion rate. Make sure you have an acceptable activation rate that doesn’t mean you’re wasting signups.

Once you’ve fixed the funnel this far, then it’s time to start weaving shareability into your product and focussing on it as a metric. Here is a few quick tactics to try.

27. Invite collaborators (colleagues and clients) to the app

Sounds obvious. Just a standard feature of SaaS apps, right? Having multiple users per account? But have you set it up so that those users can setup other accounts?

Make it easy. When collaborators are invited, make sure their login isn’t “locked” to just that one account. Allow them to setup other accounts on their own. Why not try looking at the domain of their email address? If it’s a different company, try a prompt or drip message asking if they’d like to setup their own account. A promo code to use for other clients they might have.

In a B2B app, the only way you might be able to credibly build virality into the product is through collaborator invites. And hoping that occasionally those collaborators have interests outside of that one company. So make the most of them and there is your growth hack!

Artificially increasing account limits in exchange for a throw-away tweet may not make sense for a B2B product. Afterall you have a cost associated with each user (support, hosting etc.).

But for a B2C app or game, offering in-product rewards for simple shares is a great way to quickly get exposure to social niches.

With cost-per-user of nearly zero, you can afford to give away a lot in a B2C app. The hope is eventually, you have a layer of users who came in through an invite. But now can’t recruit new users, and so they end up paying.

If done badly (I’m looking at you Facebook and your BoringVille army!) it can piss of a lot of people and generally look ugly. If done well, like Dropbox’s “free space for invites”, it can create the hockey-stick of sustainable growth hack you’ve been looking for.

You’re confident that your product is good enough to share. You’ve already seen a few bits of feedback to suggest users are starting to refer buddies through word of mouth.

So grease the wheels. Make sure people have a clear reward to refer their buddies. But also make sure the buddy has an incentive to sign up through that referral.

This is because you want to be able to track the data properly. With a referral scheme that only rewards the referrer, you may have skewed data where someone discovered the product through referral but decided to find a promo code elsewhere on the web and sign-up through that.

Now you’ll incorrectly think the discount promo code is doing great, and won't give your referral scheme the kudos (and budget) it deserves.

Tools like trakio are great at telling you who the very first referrer was of a customer – even if they come back months later via another promotion and signup. You’ll be able to track the attribution back to that first point of awareness.

Use double-sided incentives. If you plan on giving 250 Crystals to a customer every time they refer a friend, why not incentivize the friend too! “Signup with my link and start the game with 250 bonus Crystals”.

Sometimes you have customers who can’t quite afford your first paid plan but have outgrown your free plan.

For these users, you can offer a “free, but you gotta help us out” deal. Usually, a link or a button is placed discretely on their website, or their use of the product i.e. it’s not white-label.

MailChimp is the master of this growth hack tactic, so much so that I see many companies leave their “Chimp Badge” in place even after they have subscribed to a free plan.

However, “Powered by” is the language of a Web 1.0 era. Where people were literally ‘wowed’ by the very idea that you had some analytics logging software powering your website.

That your website was physically being powered by an IBM mainframe. That your credit card transactions were actually powered by a bank. “Oooh, the power of the internet!”

Using the phrase “Powered by..” is lame. It’s old fashioned. People just use it because it’s what people have always used. It tells me nothing about why I should click the link or what the service does.

It’s the sort of marketing innovation you’d expect from Microsoft.

Instead, use something in your buttons/links that actually entices a Call To Action. Instead of “Powered by Uppy.io” why not “Get 100% uptime with Uppy.io” or “Keep it Uppy.io”.

Use a creative phrase that will actually entice interested clicks. Forget SEO (these sort of links carry no SEO juice and should be rel=”nofollow”).

It’s all about crafting a cheeky slogan that delivers brand awareness and direct traffic.

While not applicable to all products, if you can find an embeddable component in your product then you have a nuclear viral mechanism.

Youtube’s embeddable video player is arguably the reason they managed to dominate the video hosting space so early. People knew when they saw the Youtube logo that the video would load fast, in all browsers.

Youtube became a household name, with regular internet users, because of their embeddable video player.

Slideshare also totally rocked this tactic with their Powerpoint viewer.

Who knew that a pretty ugly, quite pixelated experience of browsing a powerpoint slide within someone else’s webpage would allow Slideshare to land a $119 million exit (LinkedIn acquired them).

Without being artificial, is there a component of your product that becomes valuable if embedded within someone else’s website?

Is that value strong enough to pull people over the friction of copy-pasting code (WordPress editors for example strip most embed codes away)?

If you can create an embeddable widget, and stick your logo on it, then you have another amazing powerful viral growth hack mechanism at your fingertips. 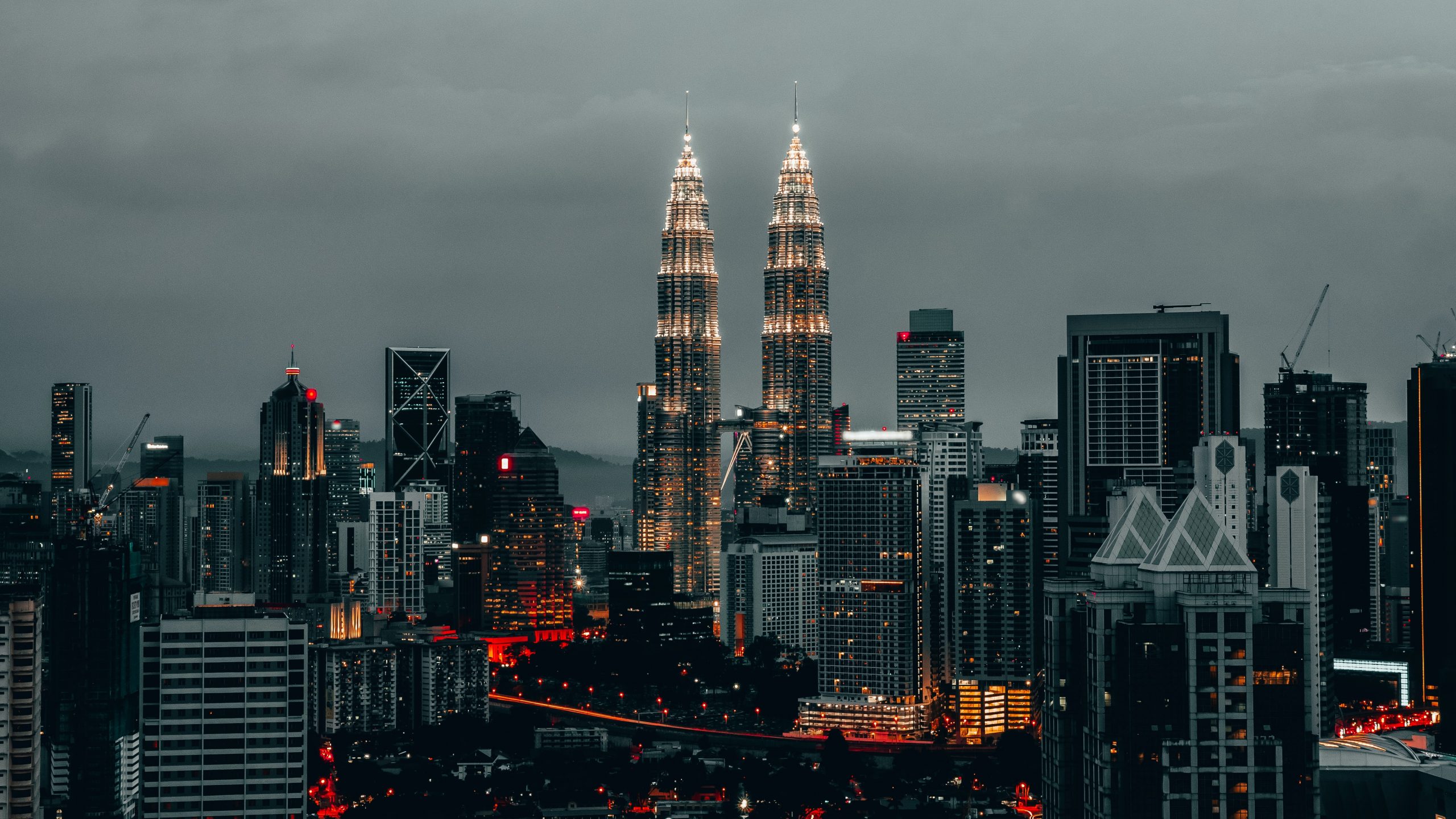 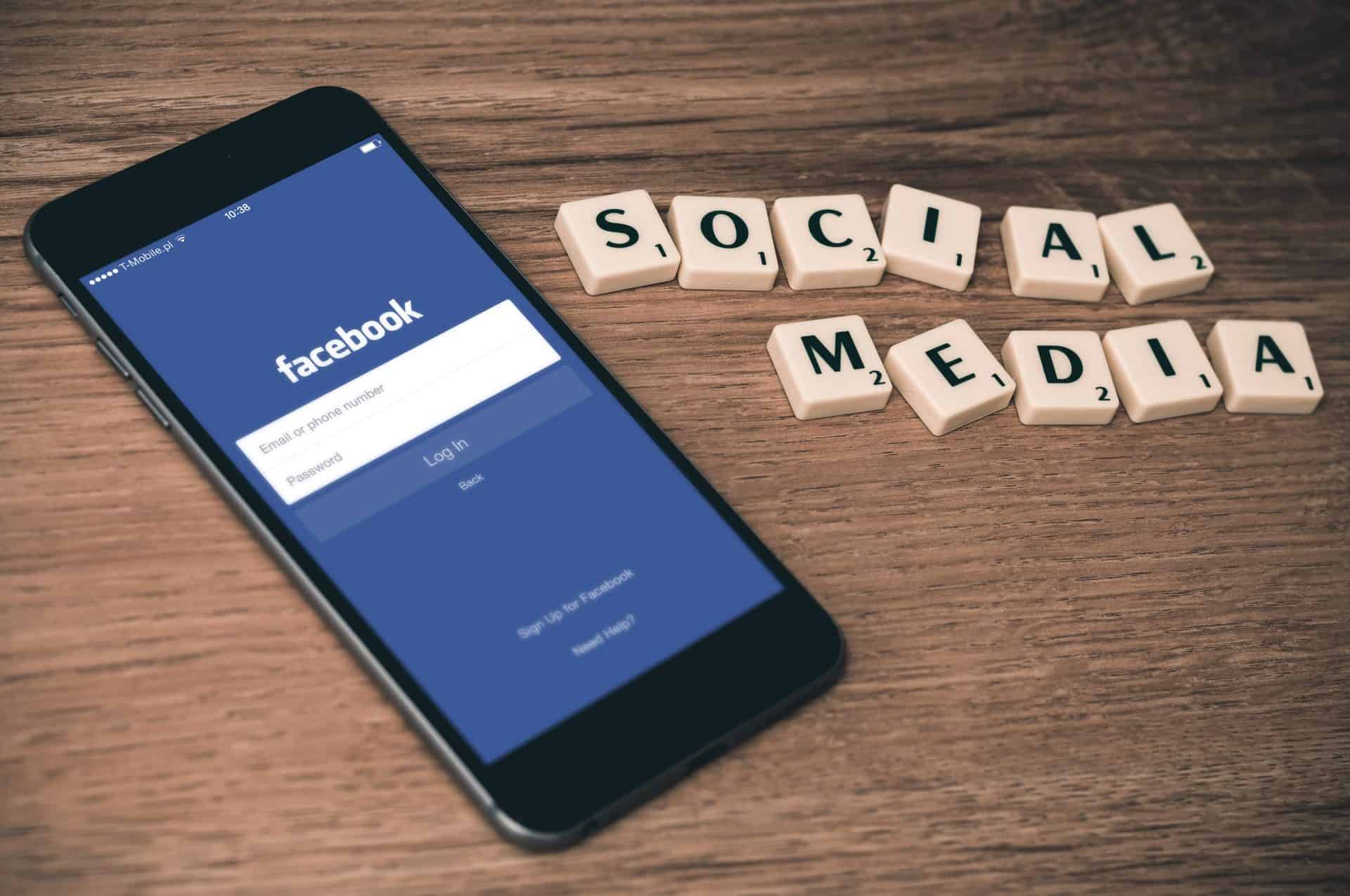 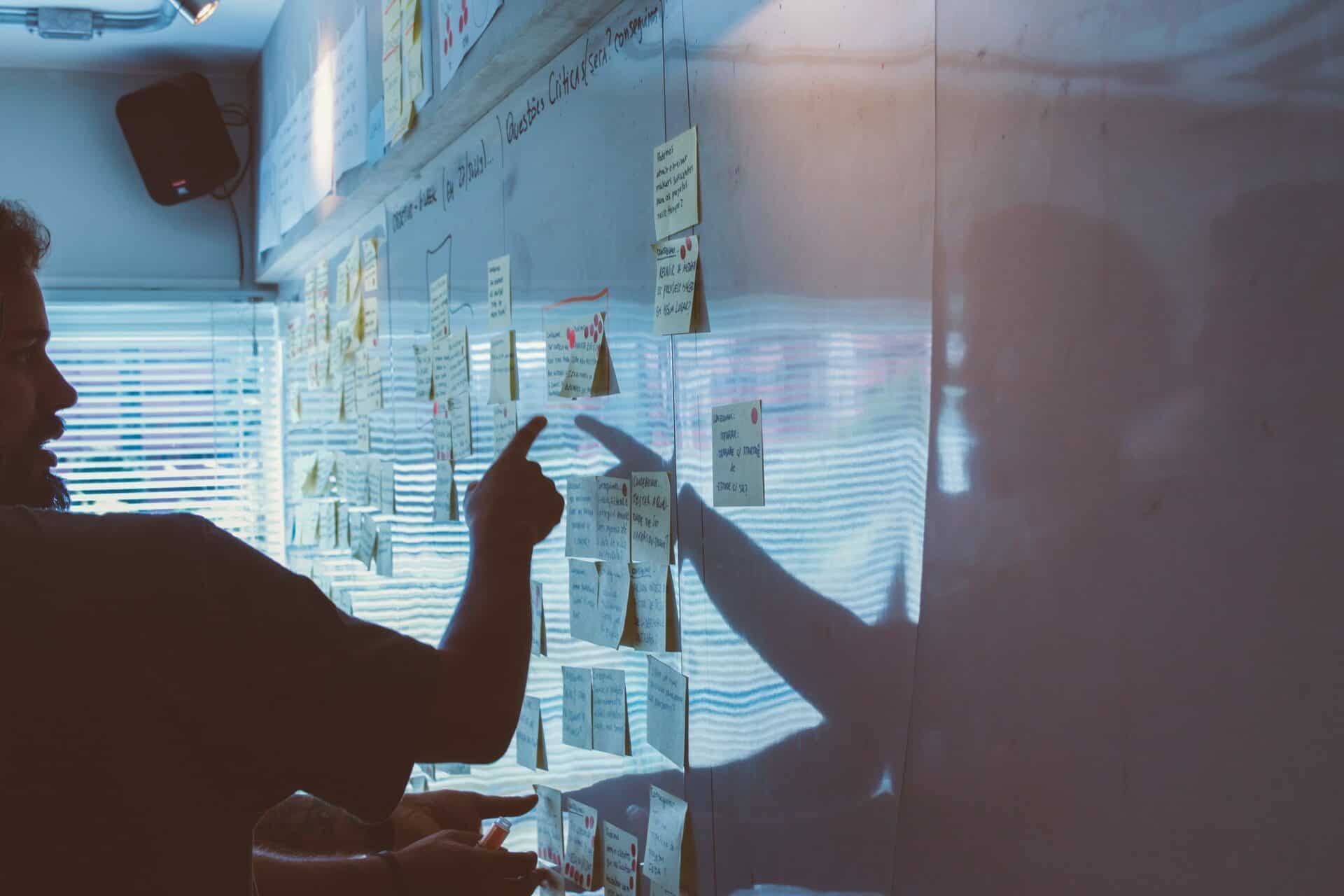 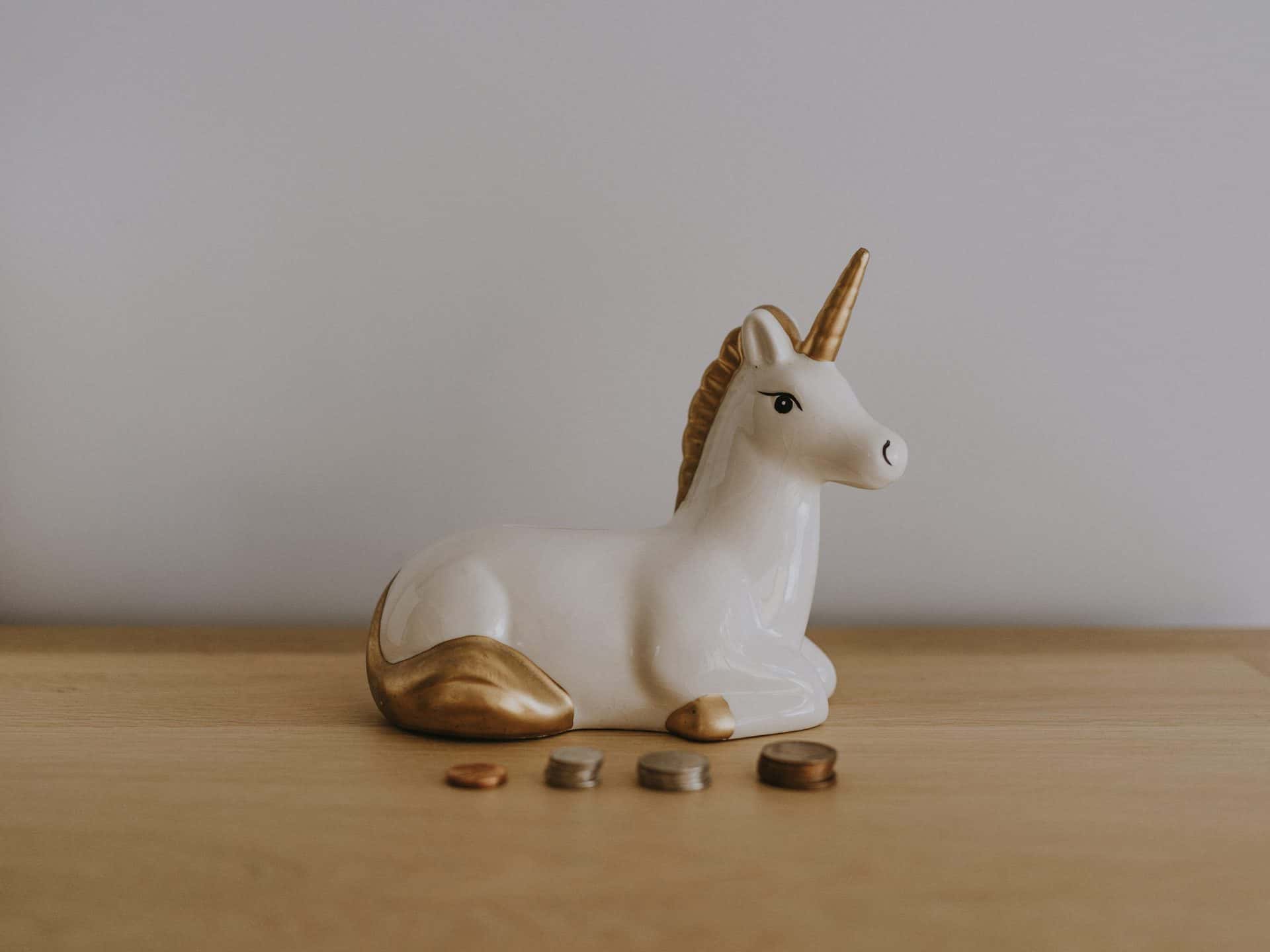 I am a second year Accounting & Finance student at Taylor's University, Malaysia.I am currently working as an Investment Analyst intern at NEXEA.